Sometimes, even shaving professionals have their off days. 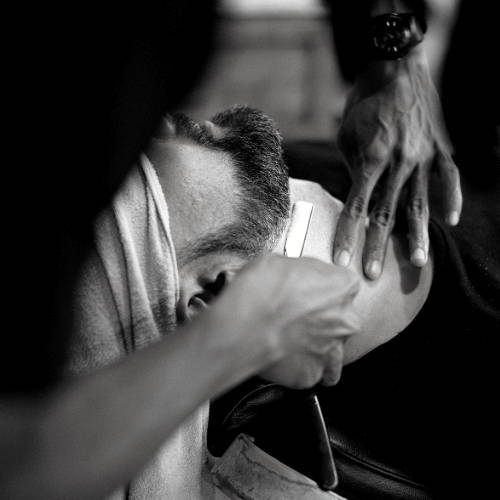 That’s why no matter how much of an expert you are in wielding a straight razor, you’ll always get a nick or two every now and then. It comes with the territory.

But the trade-off is: you get a cleaner and closer shave than your regular cartridge disposable. That’s why shavers tend to shrug off razor nicks. And that’s why newbies shouldn’t be scared of getting nicked by a cutthroat razor. As scary as that name may sound, it’s all in a morning’s work. Nobody dies from wet shaving. Not unless, of course, your barber is Sweeney Todd.

A razor nick can be pretty much inconvenient, though. You can’t hide them because they are on your face and you’re not wearing a ninja hood to work. Sometimes, they just won’t stop bleeding and you’ll end up rushing to work looking like a slasher victim.

So what does one do to stop razor nicks from bleeding?

Things you need to know: 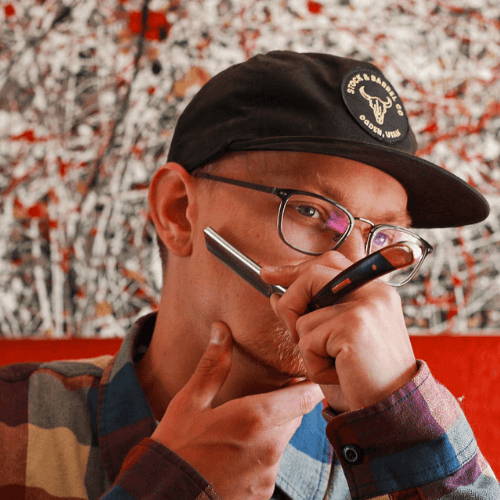 You don’t need to go to the store and purchase all those razor nick-specific products to stop the bleeding. All you need is to just rummage through your household’s inventory of grooming products for a quick fix. Much like McGyver, you can make these items work to stop the bleeding immediately.

• Cold Water- The colder the water, the better. Since you’re shaving near the sink, you’ll have direct access to it so you can use this as an immediate response to the bleeding. The cold causes the blood vessels to constrict so this limits the blood flow, after which clotting occurs.

• Toilet Paper – This is a no brainer. We’ve all been taught that applying small bits of toilet paper on the razor nick will help stop the wound. In some cases, yes; the paper absorbs the blood like blotting paper. But when you remove them (because you don’t want to walk out of the door with tiny pieces of toilet paper all over your face), some of this nicks will start bleeding again. So, it’s not exactly the best way.

• Anti-perspirant Deodorant- Yup. Apparently, what’s good for your armpits is also good for your face. Don’t rub it on like you would on your armpits though; just a dab of it on the cut goes a long way. That’s because the aluminum chloride used in deodorants acts like an astringent. It closes the wound while disinfecting it.

• Mouthwash – Same thing with deodorant. Listerine was, in fact, used as a surgical antiseptic by war medics in the battlefield during World War I. It’ll sting but it does the job of closing the wound and stopping the bleeding.

• Lip Balm – You can also use this to stop the bleeding. The waxy composition helps form a protective layer over the wound, sealing it so it can start clotting.

• Petroleum Jelly – You can add razor nicks to its long list of uses. Vaseline acts like a sealant, much like a lip balm. Just dab a tiny amount on the nick and wipe it off gently before going to work.

When It’s More Than a Tiny Nick

Newbies, however, may be dealing with more than a nick. When that happens, one will need more than just the house remedies so here are some first-aid treatments that one can do when one’s nick turns out to be a gash, after all.

• Put a Lid on It – Apply firm pressure on the wound. Grab some toilet paper and press down on the part where the bleeding is severe. Hold it for about five minutes. When the bleeding stops, treat it like any wound: clean it with alcohol or hydrogen peroxide and put some antibiotic cream, just in case. Dying from an infected razor cut is a real thing, we can assure you of that. Put a band-aid on it if you want and act like it’s a badge of honor. Everyone will ignore it.

• Pinch It Just Right – If the bleeding still doesn’t stop from the pressure, use your thumb and index finger to pinch the skin where the bleeding is strongest. It should help close the wound. Afterward, clean it up with hydrogen peroxide and antibiotics. We’re definitely recommending that you put band-aid on it at this point.

• Freeze It Shut- If the previous steps fail, raid the freezer for some ice cubes. Place it against the wound for 15-30 seconds to immediately constrict the blood vessels. That should be enough to stop the bleed.

• Pressure It Again- If the cut resumes bleeding after you’ve stopped giving it the ice cube treatment, you can apply pressure directly above and below the wound. It should cut off the blood flow from the vessels so that it will stop bleeding immediately.

• Seek Medical Help- If you’ve reached this point, then we’re sure that you’ve really cut yourself big time, newbie. Have someone take you to the emergency room because in all probability, you’ve just carved up your face and for that you will need stitches.

If you don’t want to rely on household remedies though, the shaving industry has grown over the years to include the creation of products designed to stop bleeding from shaving. Here are a few of them.

• Styptic Pencil – This is an old school shaving product. It’s a small stick made of mineral astringents like potassium alum or titanium oxide. You moisten the tip a bit and press it against the razor nick for a few seconds to stop the bleeding. Some shavers don’t like using it because when the styptic dries, it leaves a white, powdery residue on the wound. So if you’re using one, remember to rinse it off before leaving for work.

• Alum Block – This is best for newbies because, unlike a styptic pencil, you rub this entirely on your face after shaving. This is a convenient way of stopping the bleeding on your face when you have multiple razor nicks all over which is what newbies generally tend to have. Just wet it first before rubbing it all over your face.

• Special Shaving Nick Rollers – It’s the latest product in the market these days. It’s like a styptic pencil but this time, it comes with aloe and Vitamin E to help nourish the skin. What’s best about it is it doesn’t leave a chalky residue, like a styptic would.

• Aftershave- While everybody has heard of aftershaves, not everyone uses it after shaving. And this is the reason why it should always be used regardless of whether one has a razor nick or not. An aftershave has a lot of beneficial effects that can make your shaving experience even comfortable and luxurious. That’s why this is always an important product in your shaving arsenal.

Looking to make your own aftershave? Check this out.

Sometimes, It’s All in the Blade

When a razor blade is not sharp enough, this increases the risks of razor nicks. By regularly stropping and honing your razor, you can maintain its sharpness so it cuts hair easily and cleanly.

Of course, if you’re using high quality straight razors, you’ll have less problems with your blade. Here at Naked Armor, our Japanese steel straight razors are made to last, saving you time and money, while ensuring a luxurious shaving experience.

Check us out to learn more. 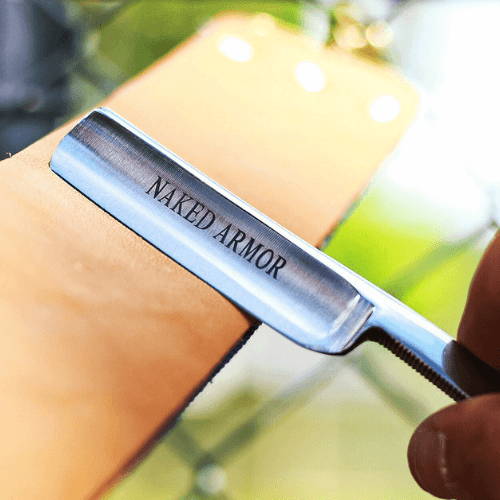 How To Shave Acne Prone Skin 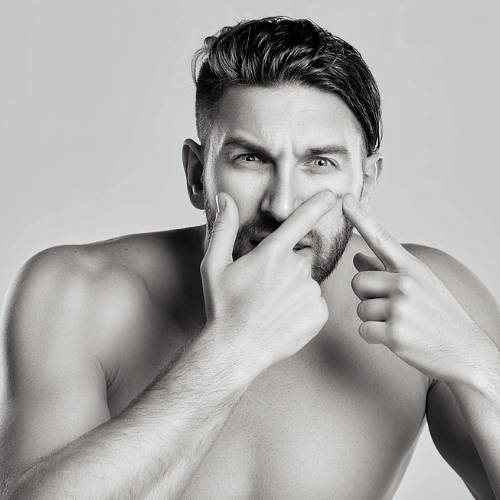 How To Get Stubble: Growing A Beard and Trimming

Getting a sexy and neat stubble is a clever way to let a strong jawline stand out. A stubble is now worn by men, young and old, because it lets you wear a certain ruggedness that is cool and awesome. In this article, you will learn how to achieve great stubble and to maintain it properly.
Read More

Some men tend to have sensitive skin, and such skin type requires more attention than normal skin type. With the right products and shaving aids, shaving will no longer be a bothersome routine but a comfortable one if you follow our tips in this article.
Read More

Running out of shaving cream does not necessarily mean that you need to skip the shave. There are a lot of options to choose from as an alternative to your shaving cream which gives the comfort and ease it gives when you shave. Here are some of them, even ones that are available at home, that may come to your rescue.
Read More